MISSIONARIES IN THE FIELD
THE SUNBERGS
NOW IN POLAND

THE SUNBERG FAMILY (continual updates)
Experience the Sunbergs' mission-field reality in words and photos. Teanna is a gifted and thoughtful writer who will transport you into the midst of their moments, with startling frankness and wisdom.
Some SUNBERG FAMILY History
Sunbergs develop family ministry in Budapest - 2011
Wednesday, October 5, 2011 Budapest, Hungary
By Ritiksha Lobo - Eurasia Region Communications

The Sunbergs made the decision to move to Hungary in April, after praying about it since January.

They are still settling in and enjoy being in a new city. The Hungarian people in the Nazarene church have been very warm and helpful to them, Teanna Sunberg said.

While the family of six - Jay and Teanna, and their four daughters - has a sense of sadness over leaving their home of 13 years, they have already seen signs that God is at work in this new chapter of their lives.

“We wanted the Lord to lead us,” Teanna Sunberg said. “He led us to this apartment, in this building in the middle of the city.”

Two weeks ago, there was an electrical fire in their building.

Out of that experience, God opened doors for them to get closer to their neighbors. About 20 families live in the building, as well as some students, and a few older people. The residents come from Portugal, Italy, Macedonia, Great Britain, and Hungary.
After the electrical fire, two of the apartments across from them lost their electricity, so the Sunbergs took candles to them. The Sunbergs offered to let their neighbors use their freezer, and one family took them up on their offer.

“This building is our ministry – it’s like our parish,” Teanna said. “We are looking for ways to see the Kingdom come in their lives however that may happen, in small, friendly ways.”

Neighbors have been notably friendly. The owner of a fruit stand across the street where their daughters buy fruit has showed his kindness in simple ways, such as moving his car so they have room to park.

“It’s nice to meet new people,” Jay Sunberg said. “We hope we can be an avenue of God’s grace in their lives and another influence to bring them into His Kingdom.”

The girls also play in the nearby park where there are a lot of homeless people. The family is asking the Lord for opportunities to help those people, without exacerbating the problem, but rather in a way that is meaningful.

“We try to be intentional in living our lives with them, and trusting the Lord that the rest comes from Him,” Teanna Sunberg said.

Teanna Sunberg will soon join the church’s community English classes as a teacher. She previously taught English in Bulgaria and in Russia.

The Sunbergs are still developing their day-to-day role in Budapest. While they are on a two-year contract as missionaries, this is an indefinite move until or if the Lord moves them somewhere else, Jay Sunberg said.

“For now, our commitment is to the people of Hungary and to serve all the countries of the Central Europe Field,” Teanna Sunberg said.
Note:    Jay is the brother of Bill Sunberg (Janet), pastor of the Emmanuel Church of the Nazarene in Toronto, and Director of Ephraim's Place, a community ministry in their neighborhood. (Ephraim's Place)

Jay is also the brother of Chuck Sunberg. Chuck and his wife, Carla, served previously as missionaries in Russia and were named the first official co-district superintendents in the Church of the Nazarene. Chuck and Carla recently oversaw the East Ohio District. Carla was elected the tenth president of Nazarene Theological Seminary (NTS) in January 2014, and subsequently elected General Superintendent of the Church of the Nazarene in June 2017. 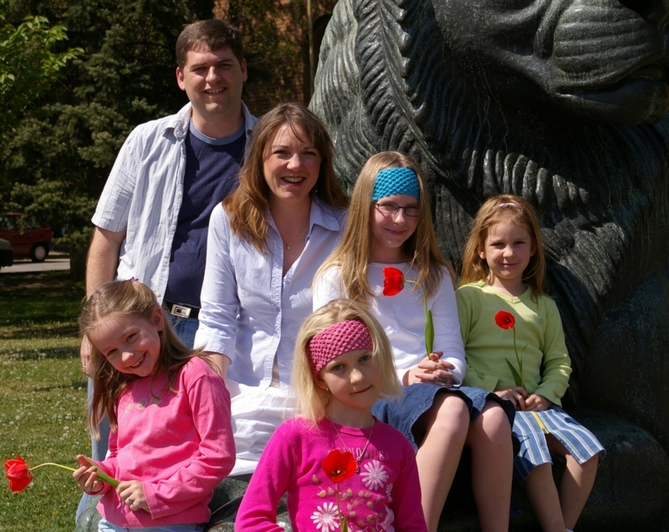